Leapfrogging into the Future: Drones in Sub-Saharan Africa

Drones in Sub-Saharan Africa have a complicated past. For most part of this century drones have been used there for military purposes. Thanks to this, but also due to a lack of well-established infrastructure, many people do not associate commercial drone technology with the African continent. In fact, some would argue that the African continent needs to fully industrialise first before eying up technologies like drones.

However, research shows that almost the exact opposite is true. Advocates of “leapfrogging” or skipping individual stages of development, have argued that precisely as less developed than Europe, Asia or North America, Africa serves as a ripe stage for the advancement of drone technology. What do they mean and what does this look like in practice? One of the best examples are drone deliveries. In large developed cities, drone deliveries are emerging as a response to increasing road congestion and pollution. In most parts of Sub-Saharan Africa drone deliveries are a means of bypassing road infrastructure altogether and providing routes of transport where there were previously none.

Deliveries are, of course, just a mere snippet of what drones can do in Africa. In the past few years commercial drones have proven to be of immense use both in the private sector but also in public sector ventures.

Uses of Drones Across Industries

Drones are used in a wide range of ways in Africa. While some applications, like those in the mining and agriculture industries are similar to applications in developed regions, others – like wildlife conservation and battling malaria – are specific to the African continent. The three industries that have been the first to benefit from drone technology in Sub-Saharan Africa are the mining, agriculture, and healthcare.

Want to Learn More About Drone Applications? Check Out Our Other Content

Mining and resource extraction are prominent revenue generators on the African continent. Nigeria and South Africa, in particular have large mining industries which have been able to make plenty of uses of drones over the past two years.

In Nigeria’s case, many of the nation’s resource reserves have not yet been properly assessed. According to research, this largely due to local governments’ resistance to the national government’s control over mining rights. It is also thanks to unregulated mining activity disrupting the safe and stable establishment of regulated mining operations. Thus in Nigeria drones provide a safe, detailed, inexpensive solution to mapping and security needs of this industry. South Africa’s suffers from less controversy than Nigeria’s but still has similar needs which drones are able to meet. Current operators engage in a wide range of services for both countries – 3D terrain mapping, volume calculation, and security to name a few. 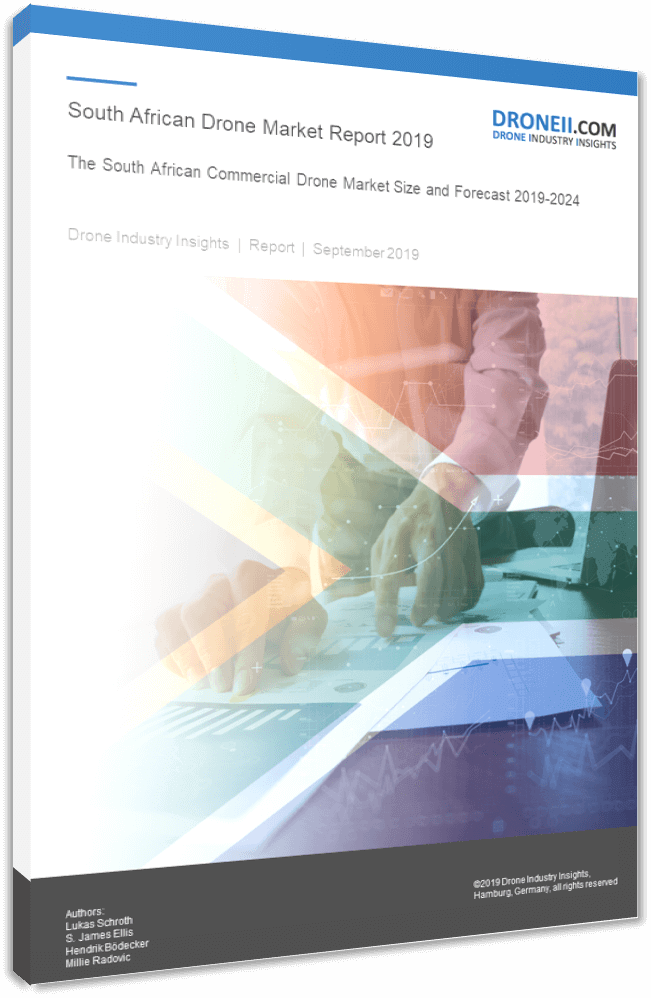 Agriculture is a dominant industry in nearly all African countries.  South Africa’s agricultural sector is particularly diverse as it ranges across the citrus, wine, table grape, grain, nut, meat, and game subsectors among others. Agriculture is also a strong pillar in Kenya’s and Nigeria’s economies, although more so in the former. Drones are increasingly being used to support agricultural activities, as they are able to not only aid with mapping but particularly help with improving crop health through spraying and dispensing. Nevertheless, this industry is not without its own issues. Research reveals that while often foreign imported drones seem to provide effective solutions to these demands but are also ill-fitted to the aforementioned climate, which often brings harsh extremes in heat, wind, and rain. Therefore, industries like agriculture make the best case for encouraging local drone entrepreneurship which would allow for suitable drone solutions to emerge in Africa which address its unique needs and diverse environments.

Healthcare has undoubtedly benefitted from drones in the most public and well-known way – through medical drone deliveries. The current leading drone service provider in the world, in fact, happens to be Zipline – the medical drone delivery company which is now operating in Ghana and Rwanda. They began operations in Rwanda in late 2016, then expanded to Ghana earlier this year and are already in talks about setting up operations in other parts of Africa. Having delivered almost 20,000 packages in the last 3 years, Zipline is currently setting a global standard for medical drone deliveries and is probably one of the greatest drone success stories from Sub-Saharan Africa to date.

Importantly, Zipline are not alone in using drones for healthcare in Africa. The Australian drone start-up, Swoop Aero recently tested medical drone deliveries in the Democratic Republic of Congo with the help of the Bill and Melinda Gates Foundation. Meanwhile, the South African National Blood Service (SANBS) is currently testing medical drone deliveries and many humanitarian programmes are picking up on Zipline’s activities and looking to emulate them.  Malawi’s Humanitarian Drone Corridor, for example, has emerged as a valuable tool for drone ventures seeking to engage in humanitarian missions.

Together, these success stories from across very different industries in the region paint a promising future for drones in Sub-Saharan Africa. Yet the path to drone adoption is most definitely not an easy one. Two things in particular will play a significant role in both accelerating and slowing down the African drone industries: regulations and money. As industrial players keep reiterating drone regulations have the power to both catapult the industry forward and stop it in its tracks. A good example is South Africa as an extreme case of regulatory lagging, where regulations haven’t kept up with industry demand. On the other hand, countries like Ghana and Rwanda have shown that drone projects which African governments take part are very likely to succeed. Somewhere in the middle are nations like Botswana, Zimbabwe, and Tanzania which have legal frameworks that require documentation, notification, insurance, etc. but the lead times of approvals are fairly short.

Similarly to regulations, the availability of funding for education, research & development, and spurring drone entrepreneurship will be the key to the future of Africa’s drone industries. For now, foreign companies like Zipline and Terra Drone have been able to play an immensely important role in drone adoption on the African continent. They have created not only strategic partnerships but also viable business models for operating in the region. But, the most sustainable means of drone industry growth in Africa will undoubtedly start occurring from the moment that initiatives like the Victoria Lake Challenge in Tanzania begin to spur local drone entrepreneurship. In the meantime, it’ll be worth remembering that:

Download the Use of Drones in Sub-Saharan Africa Infographic 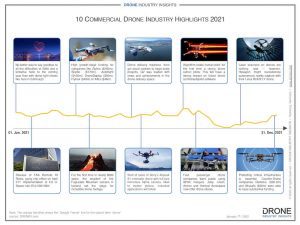 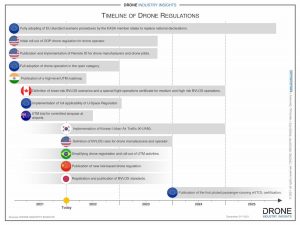 The Latest Drone Regulation: Ready for 2022 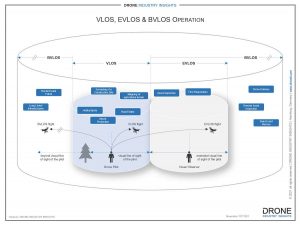 6 min. To mark the release of the new update of our flagship report, here are the most important market trends that you need to know about within the drone industry in 2020-2025. 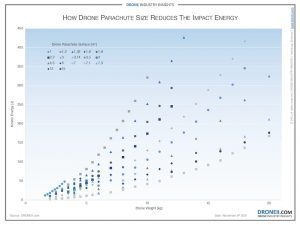 Why Use Drone Parachutes?