A Glimpse of the Drone Parachute Market

In 2021, the drone parachute market will generate 5.4 million USD and grow at a CAGR of 63% to almost US$62 million by 2026. Yet despite this market figure and astounding projected growth rate, many people are not aware of the importance of UAV parachutes. Parachutes specifically made for drones are designed to avoid damage to people or objects on the ground and to protect the drone from being destroyed. In this context they are the ”last line of defense” and that makes them crucial. So, at Drone Industry Insights, we decided to dive deeper into this dynamic market and its players, though it is worth noting that this blog only scratches the surface of the drone parachute market.

Drone parachutes can be designed as either a recovery system (to prevent the drone from crashing) or as standard landing device (e.g. fixed-wing drones), where most parachute manufacturers design both. Deployment can be manual or automatic, and it can be carried out through gravity or ballistic/kinetic mechanisms. Some drone manufacturers or drone operators also equip drones with two parachutes to comply with redundant system requirements. In short, there is an entire ecosystem for drone parachutes, and you can find the most crucial information about it in our Drone Parachute Market Report.

Another key player are system integrators, who create industry/application-specific solutions by incorporating carefully-selected components into a drone. They find the best way to combine a particular drone, payload/cargo, and parachute in order to provide a particular service.

Drone operators and pilots are also very much involved in the drone parachute market. They are actually the main actor in the drone parachute environment because they decide if a drone mission might require the use of a parachute system based on legal duty or economic reasons. They fly the drone and are liable for any damage, so it is their job to ensure that a mission is successfully completed while protecting the drone, the cargo, and any people or other equipment that might come into contact with either of these. During high-risk missions, a drone parachute system is a must.

Two final players that are also influential to the drone parachute market are regulators and insurers, which leads us to the next topic.

Want to Know More About the Drone Parachute Market? Check Out Our New Report!

One thing is clear: a parachute system can help to mitigate the ground risk . But in order to ensure that risk is properly mitigated, there must be a certain standard. There are two possible variants of standards for the production and use of parachute systems: technical and procedural standards.

Technical standards refer to the construction of parachutes to meet certain safety criteria. As a technical standard, the ASTM F3322-18 was defined and published by the American Society for Testing and Materials (ASTM). This was done in collaboration with drone parachute manufacturers and drone industry players such as MITRE, DJI, Amazon, and others. This standard was particularly issued to address the requirements for design, manufacturing and testing of deployable drone parachutes. Today drone operations which are compliant with this standard are more likely to obtain a waiver from most National Aviation Authority (NAA) to operate drones over people.

Procedural standards mainly focus on risk-assessment methods, where the most famous standard was defined by the Joint Authorities for Rulemaking on Unmanned Systems (JARUS) and is called the Specific Operations Risk Assessment (SORA). This standard is approved in many countries as an acceptable means of compliance with the regulatory requirement of “performing a risk assessment to enable complex drone missions”.

By and large, drone industry professionals consider regulation authorities as the most important market-driving factor. And as the importance of drone regulators increases, so does the importance of these drone parachutes, because they help ensure safety. It is worth noting that drone parachute standards are currently not explicitly required under FAA, EASA or other regulatory body, but future requirements for airworthiness might force drone manufacturers to equip specific drones with drone parachute systems, especially when flying over people.

The Market for Drone Parachutes: a Nice-to-have or a Must?

Considering the expansive growth of the drone market (CAGR of 9.4%), this will automatically lead to higher demand for drone parachute systems in the next years. Another factor that will contribute to the growth of drone parachutes is the increasing relevance of BVLOS operations and flights over people. Once the necessary regulations are in place and in effect, a lot of drone applications will require a parachute system. To learn more about parachute technology, regulation, market size and the leading players in this market segment, check out our comprehensive Drone Parachute Report. 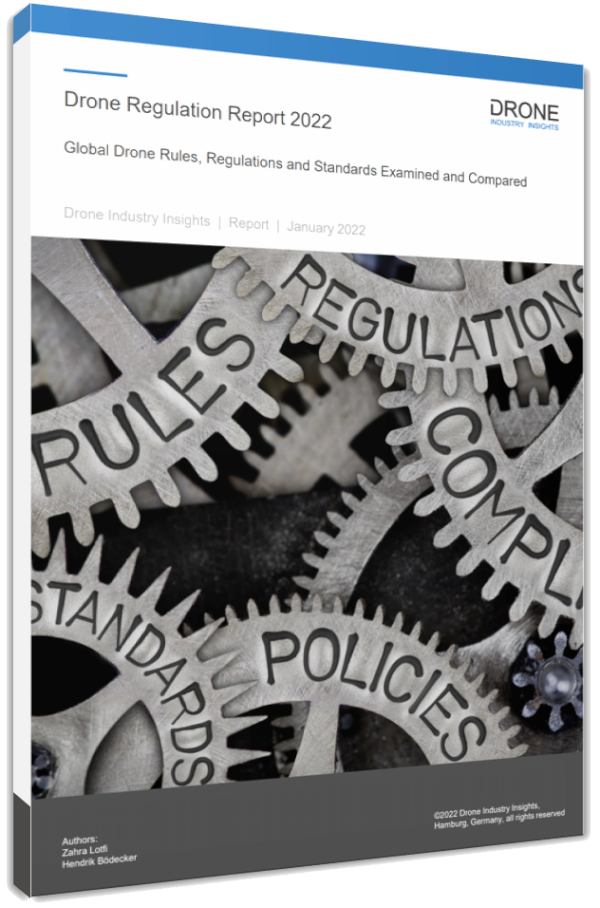 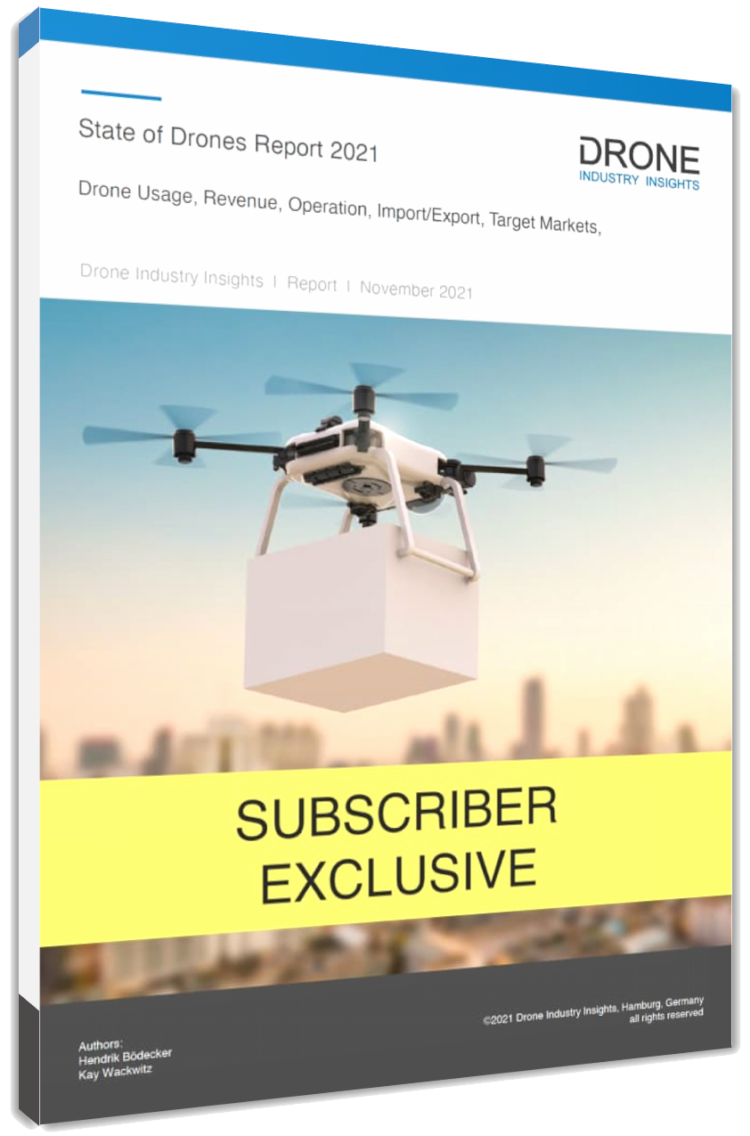 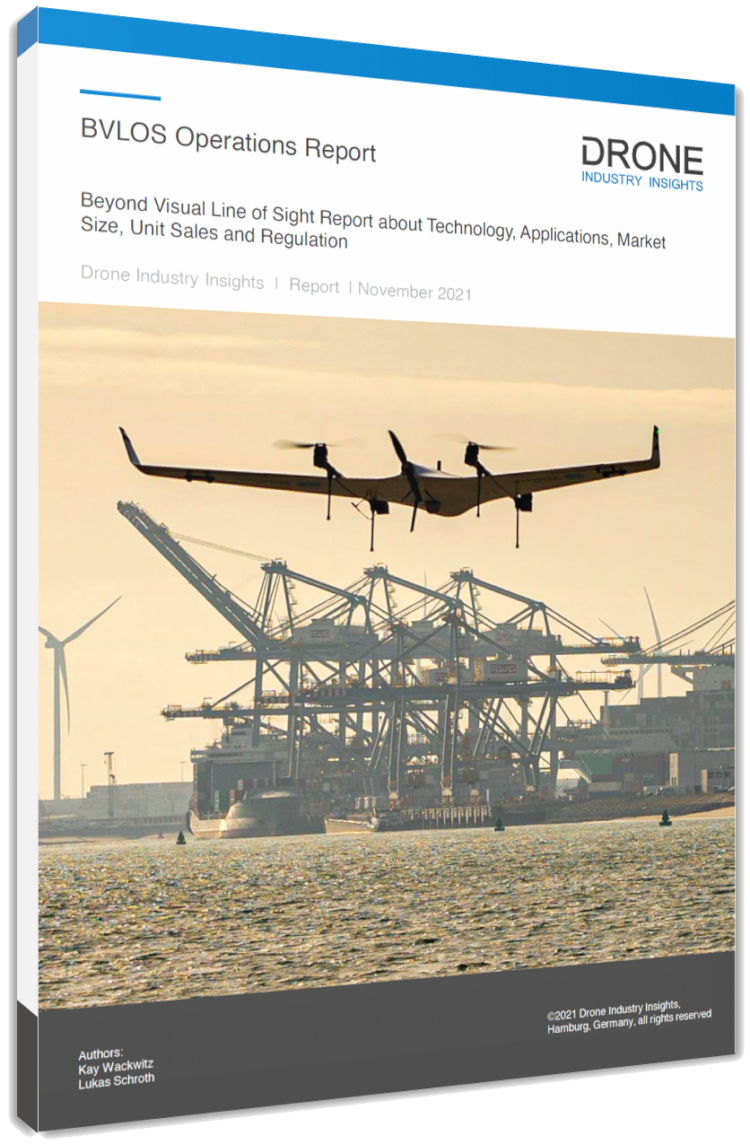 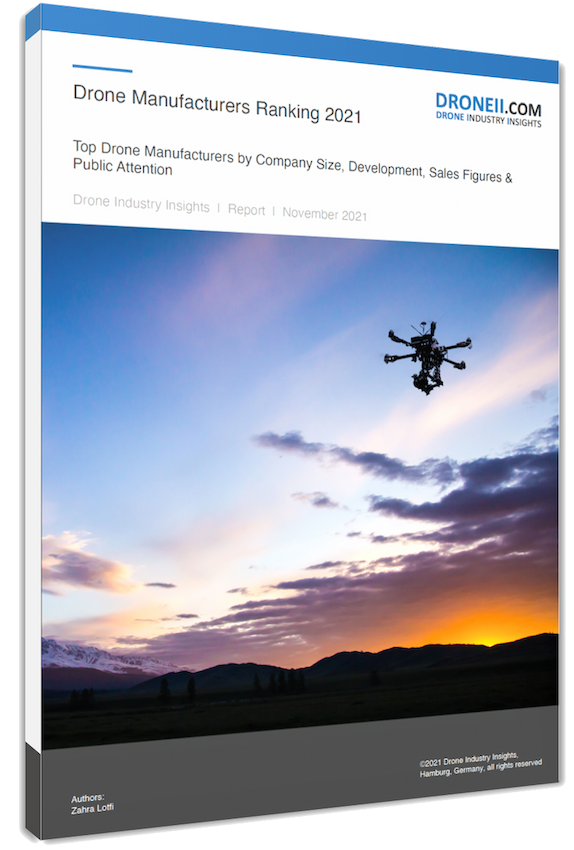 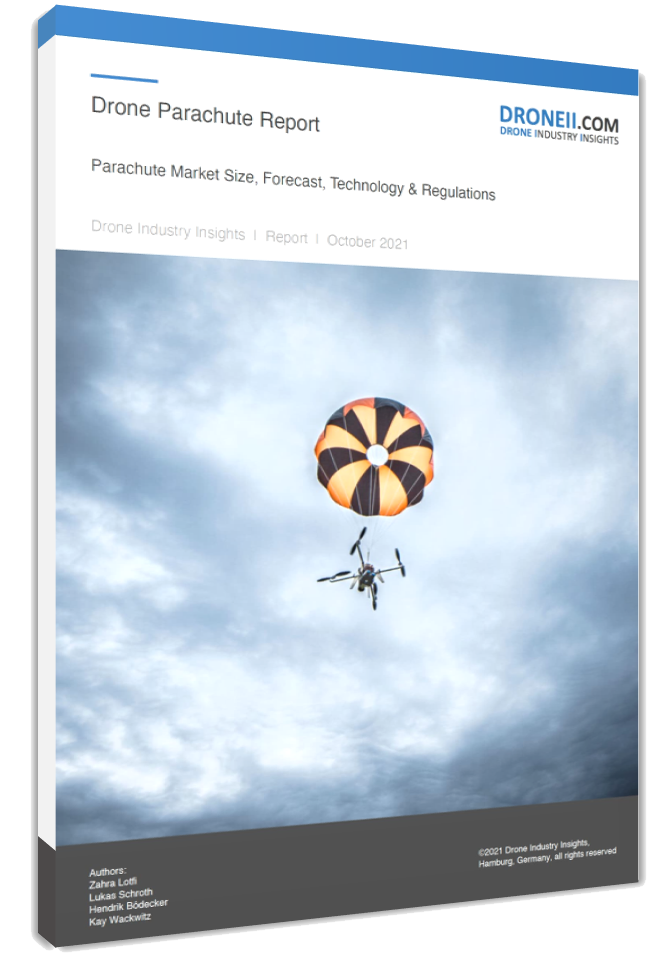 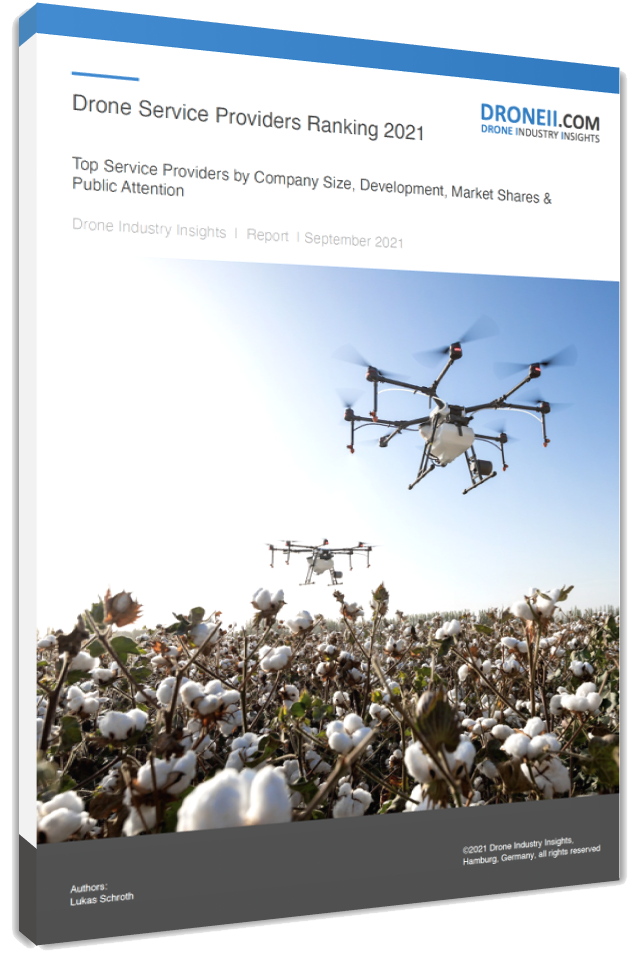 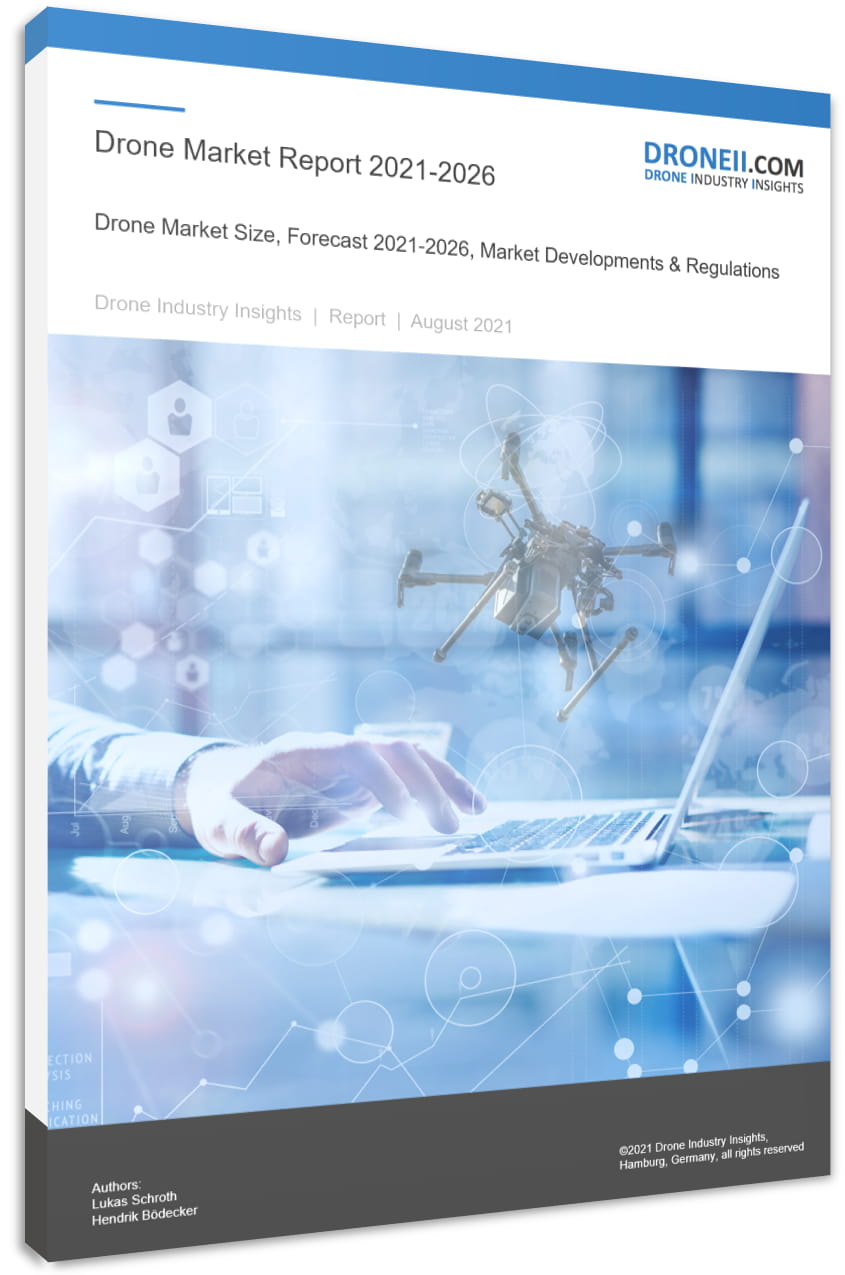 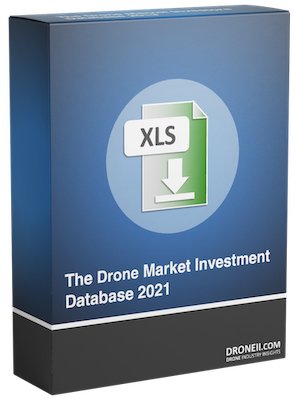 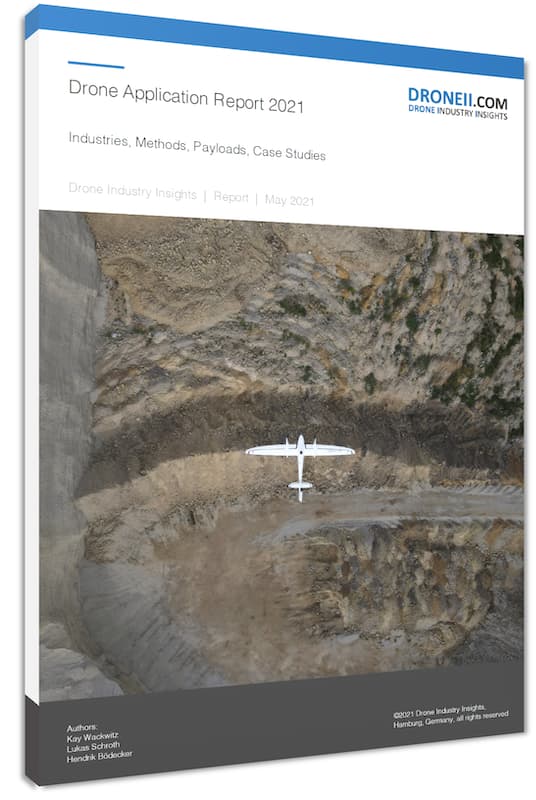 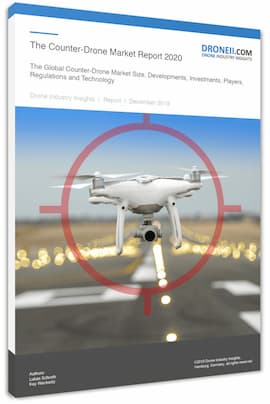 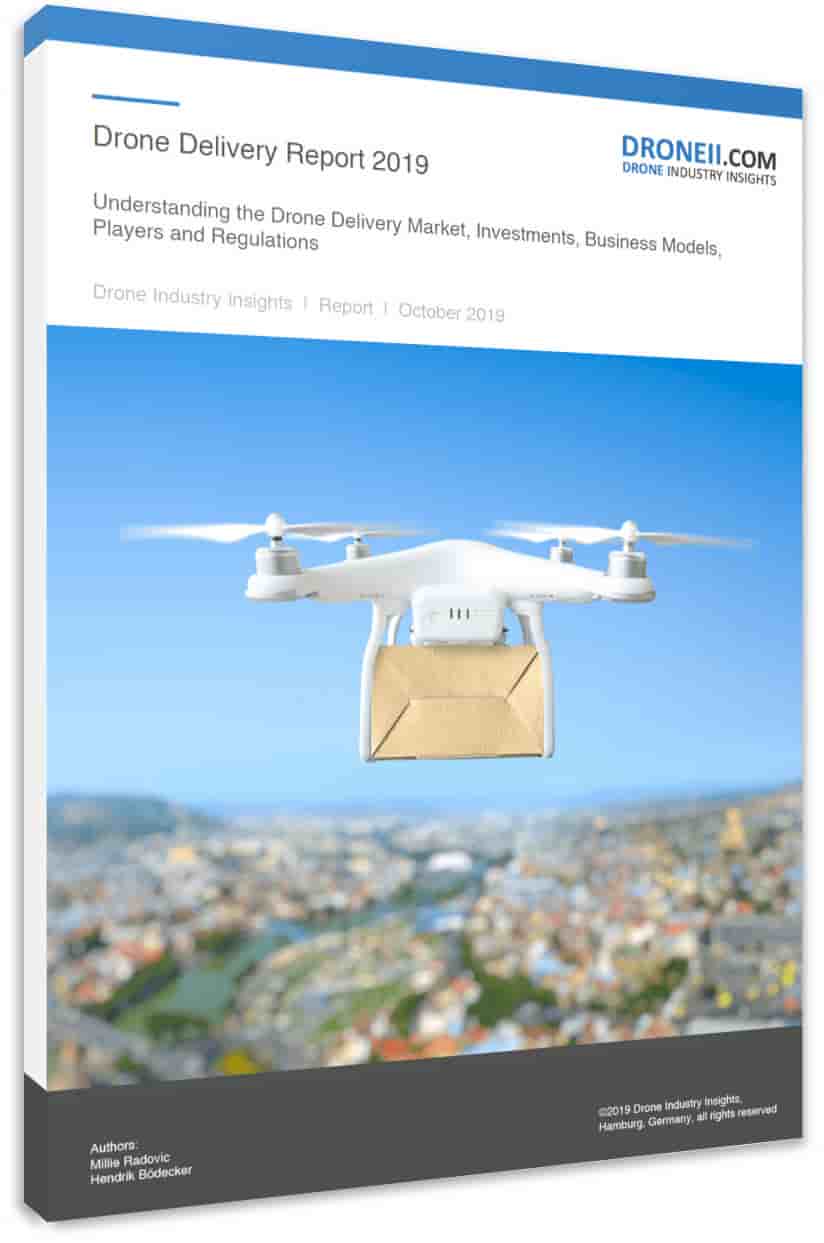 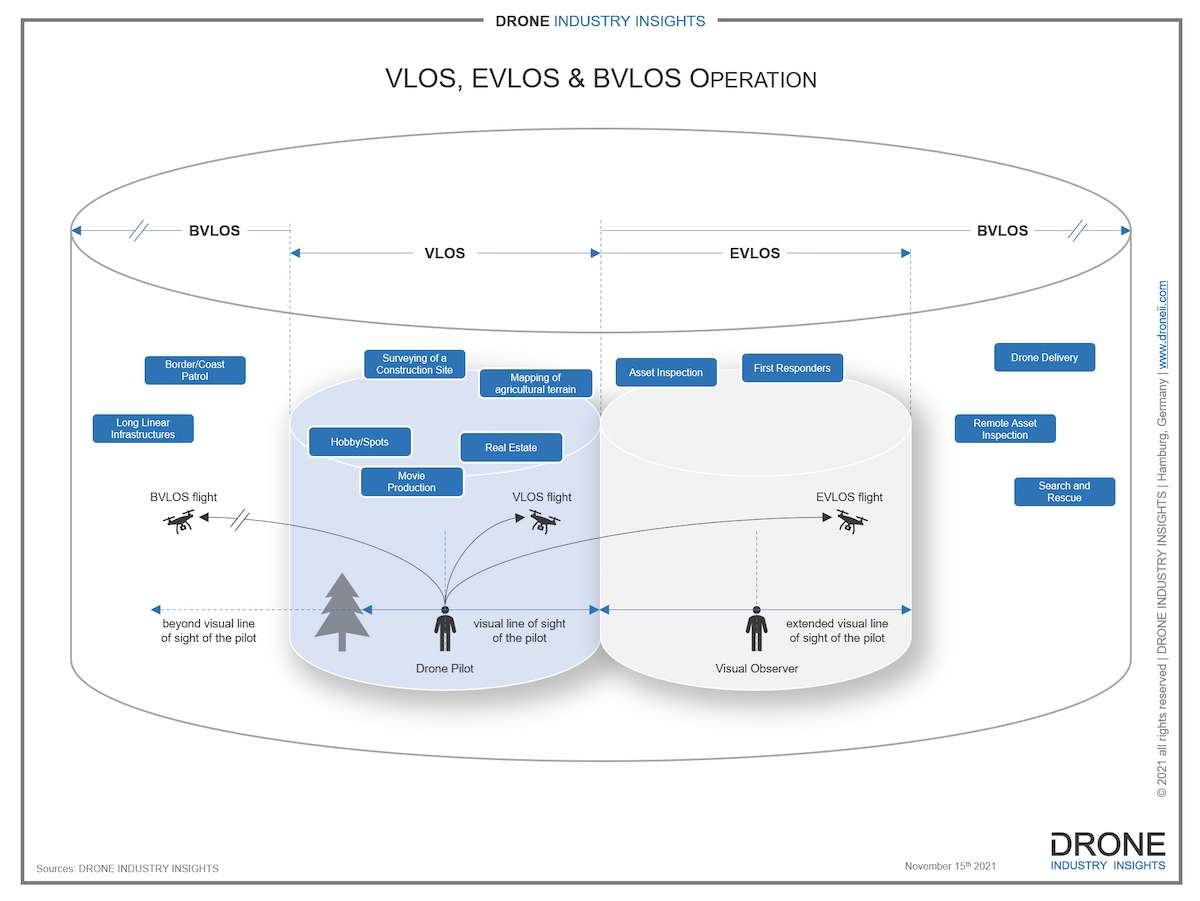 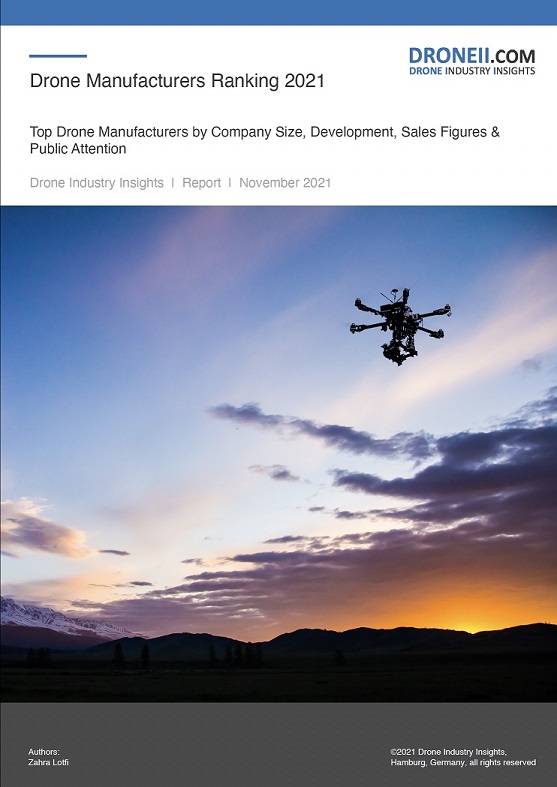 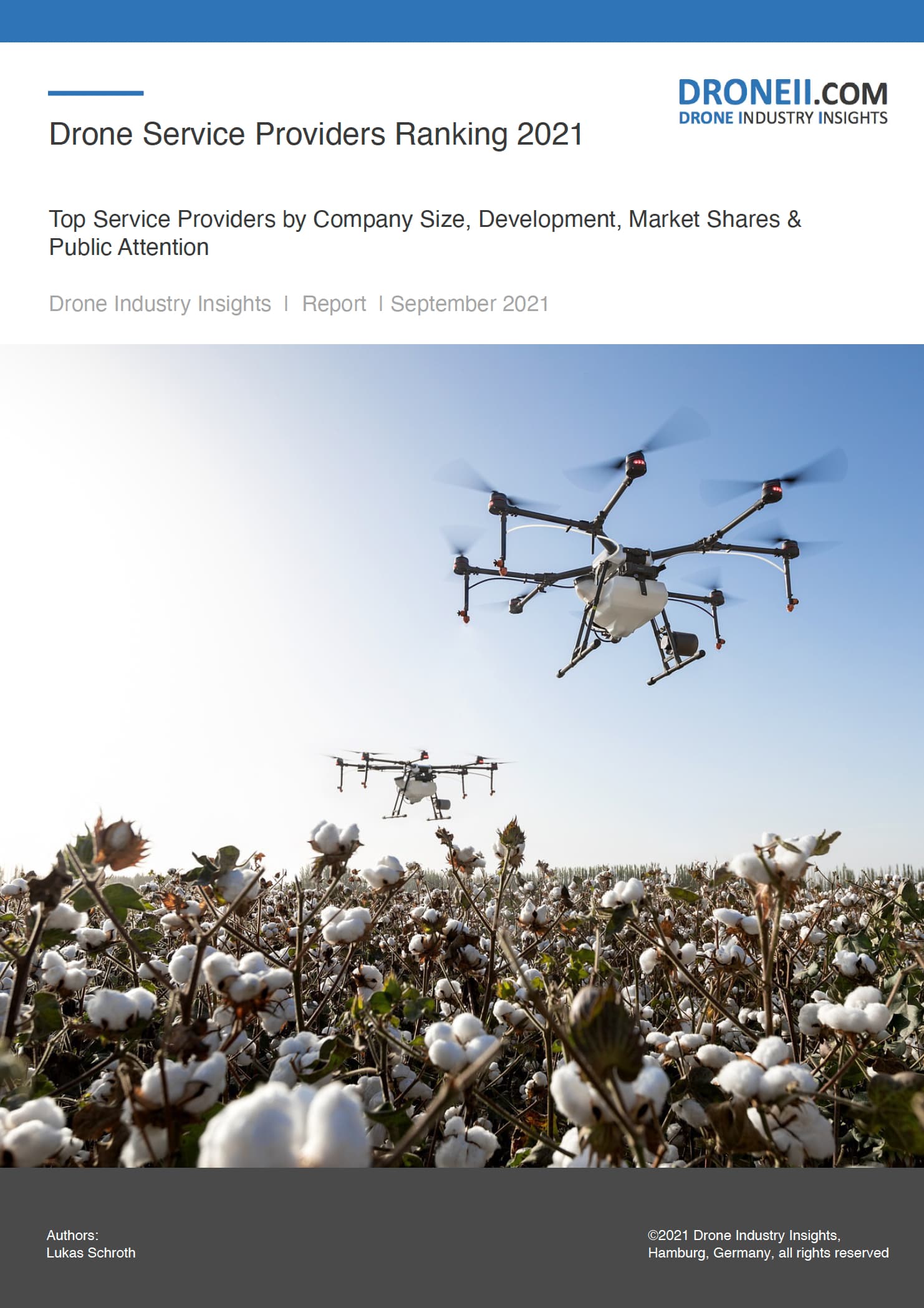 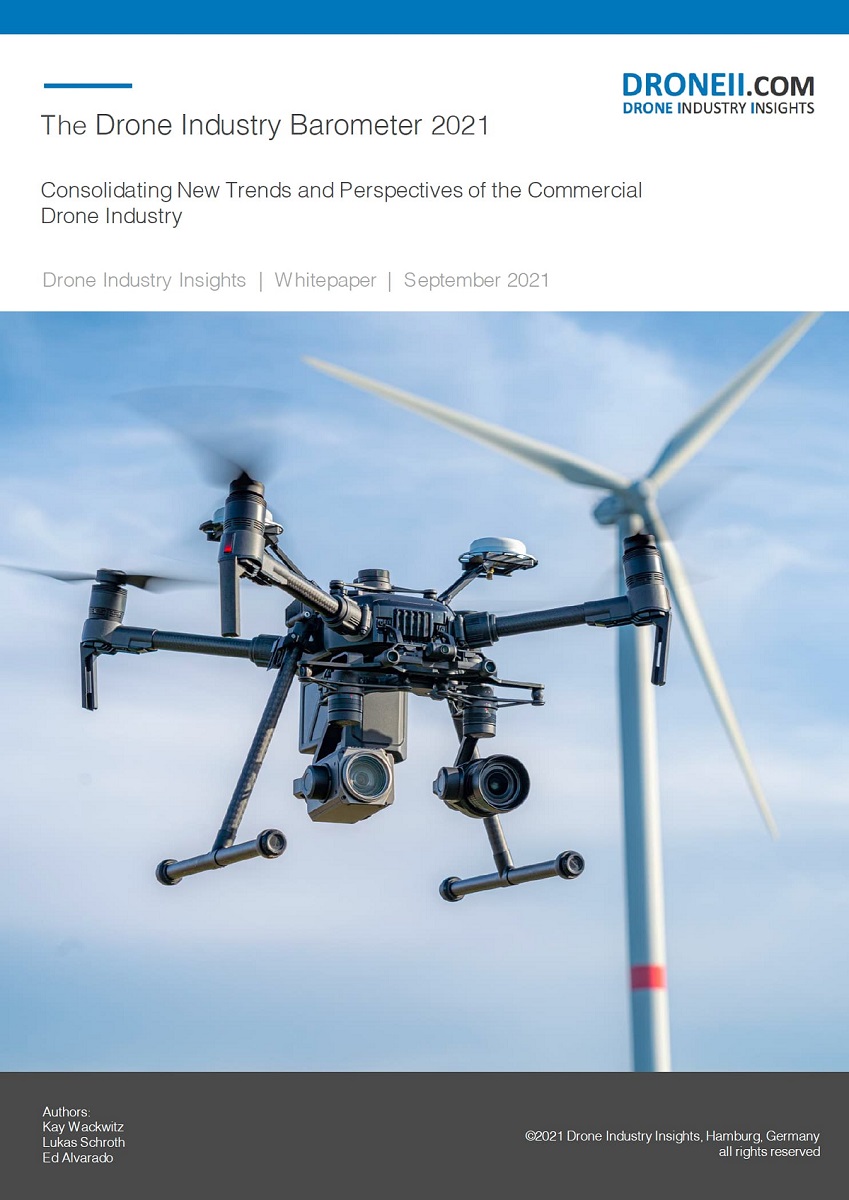 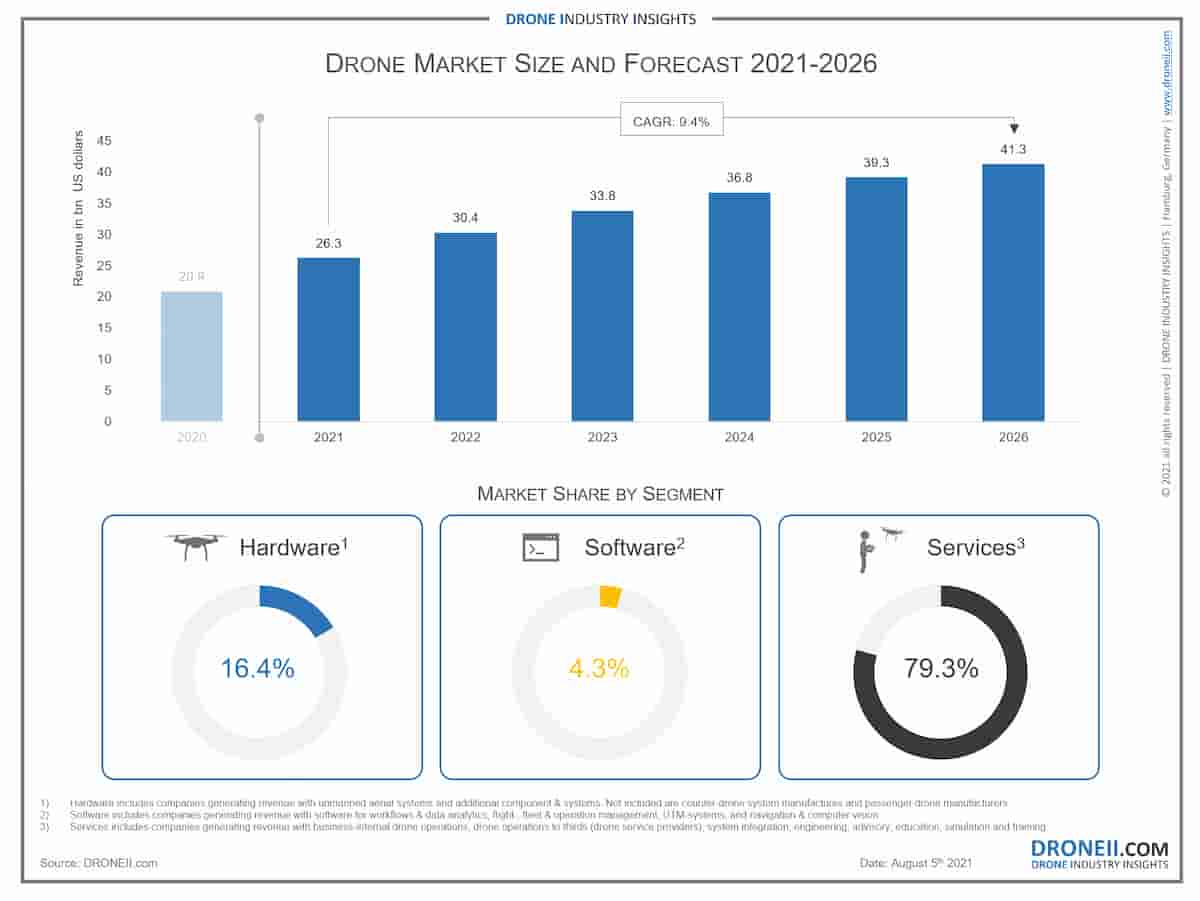 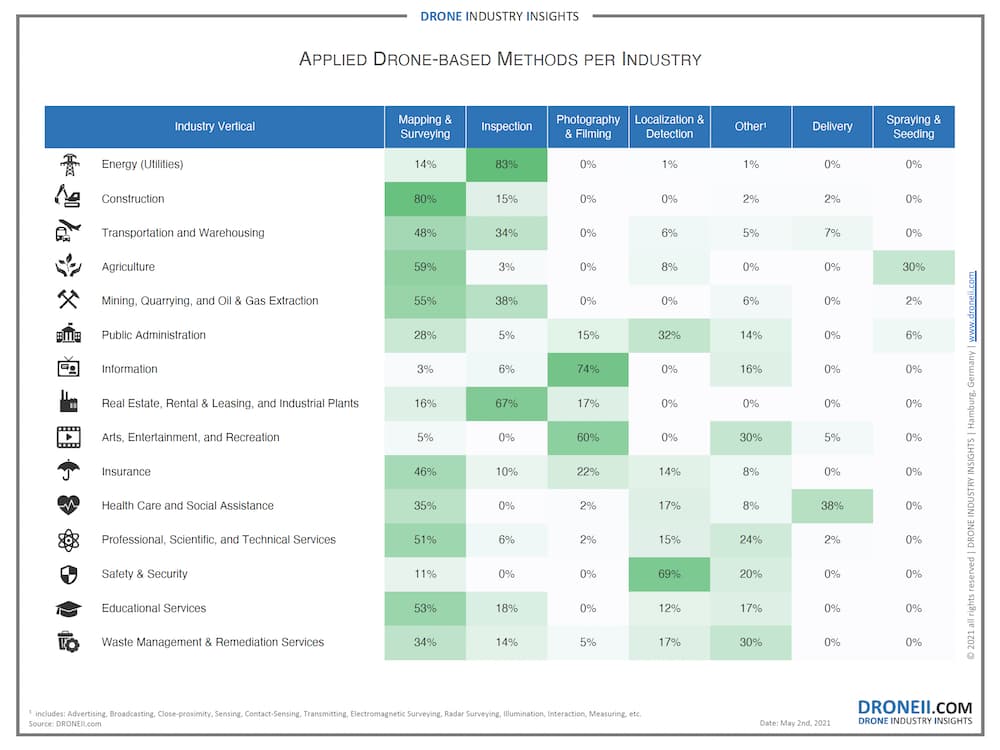